Skip to content
Welcome to the world of the Mega Moolah game, an online slot machine with a progressive from Microgaming. This slot is best known for its biggest slot payouts on the web!

Best bits about the game: 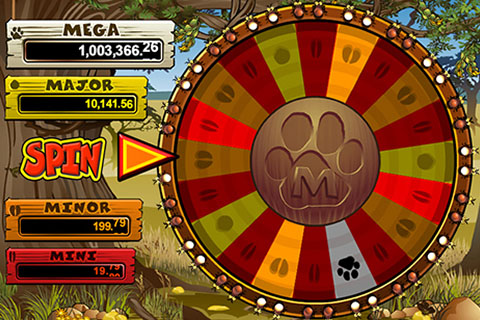 The jackpot feature can randomly activate at any point during game play. When it appears, you can spin the jackpot wheel once. The wheel is split into 20 segments, each displaying four different prizes. The smaller prizes have more segments, and vice versa – there is only one segment for the Mega jackpot. If you win free spins and the jackpot bonus at the same time, the free spins will play out first, followed by the potentially life changing wheel spin.

The slot is very simple, so even if you’re a first time slot ever player, there’s nothing stopping you jumping straight in and playing. Even so, here’s a few steps on how to play Mega Moolah below:

It’s worth going into the game with a rough idea of which symbols you want to appear on your paylines most often. All info about symbols is available in the paytable, which lists all of the Mega Moolah rules, at any time. Generally, the bigger and tougher the animal, the more credits it’s worth. The top paying symbols are the Lion and the Monkey. Furthermore, if you’re wagering 25 coins, any “wins” below 25 coins actually represent a loss; only wins of 26 coins or more are profitable.

The Lion serves as the game’s Wild, meaning it can substitute for any other symbol to build winning lines. It also adds a 2x multiplier to any win, making it a key symbol to watch out for. Successive Lion symbols also award a prize of their own, with 5 in row triggering the biggest base prize in the game. 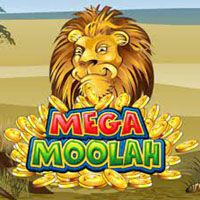 The Monkey Scatter is another symbol to look for, in addition to offering instant payments of 2 to 100x your bet, three or more Monkeys trigger a bonus round of 15 free spins with a 3x multiplier. This is a really solid bonus offering, providing a great opportunity to rack up some massive payouts. 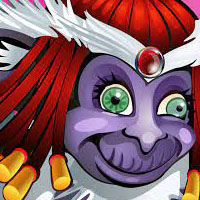 The Mega Moolah Jackpot Wheel is undoubtedly the most tempting part of the game. This wheel triggers randomly, presenting players with four potential jackpots up for grabs. Just spin the wheel for the opportunity to win one of these jackpots – Mini, Minor, Major and Mega. Wherever the arrow lands, represents the prize you’ll take home. If you are lucky enough to hit the Mega Jackpot, you’ll be joining an exclusive club of very lucky players!

In addition to the Jackpot Wheel offered by Mega Moolah, there’s also a more traditional round of 15 free spins with a 3x multiplier in the game that’s triggered by three or more Monkeys. This won’t launch the progressive wheel, but it will help you win more coins.

Which casino sites are best to play Mega Moolah?

Every UK online casino site linked to the Microgaming supplier features the Mega Moolah slot machine. Among all these online casinos, some are more popular than others.

You can find some of the best legal British Mega Moolah casino sites on the official Casino Rewards chain websites. This is one of the most prolific groups dedicated to online progressive slot machines. By registering with one of Casino Rewards’ online casinos, you know you’re playing in a reliable and secure environment.

The best tip we have is to wager with the maximum you can afford to! Even though the Jackpot Wheel triggers randomly, evidence suggests that playing with larger bets on each spin improves the odds of it appearing. In other words, if you consider yourself a serious jackpot hunter, split your bankroll into a smaller number of larger bets rather than placing lots of tiny bets.

For whatever reason, Lions seem to be an incredibly popular choice when it comes to slot machines. If you’re looking for another theme, you’ll be glad to know that Microgaming created other versions of Mega Moolah, which still link to the mind-blowing Mega Jackpot. In total, there are over ten different versions of the Mega Moolah game. Aside from the original theme, the following 3 versions are the most successful:

Some lucky Mega Moolah winners, like Jon Heywood who helped to set a Guinness World Record with his £13 million jackpot back in October 2015, choose to go public when they land the Mega Jackpot. Others, however, prefer to claim their prize anonymously. In fact, of all the winners over the past years, over 90% have stayed anonymous. 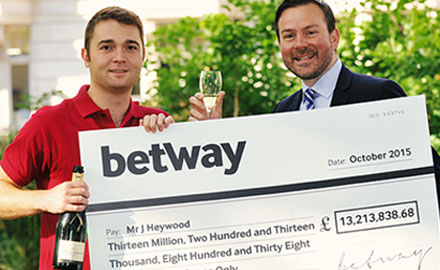 The biggest Mega Moolah winners took home jackpots exceeding 10 million. Players from all over the world have tried their luck at winning these jackpots. From England to Europe, North America and the Pacific, players have won massive pots on the Mega Moolah slot machine.

Can I trust Mega Moolah?
Absolutely! Mega Moolah appears on over 100 UK sites, all carefully assessed by Microgaming. No matter what site you play on, the progressive jackpots are linked. Microgaming is licensed by both the UK Gambling Commission and the Malta Gaming Authority.
Who is Microgaming?
Since 1994, Microgaming has been known globally as a pioneer of online gambling spaces. There are currently more than 100 UK online casinos using Microgaming’s casino software.
Is Mega Moolah’s RTP low?
With a payout percentage of 88.12%, Mega Moolah’s RTP is a bit on the low side, but that’s normal for a low variance game of this style.
How do jackpot payouts compare to regular payline wins?
In addition to four jackpots ranging from the 10s, 100s, 1000s and 2,000,000s, there’s a maximum payout of 75,000 coins from spinning the reels during standard play. This is a big part of why the Mega Moolah has remained so popular for more than a decade.

It’s no secret why this game is played worldwide. The huge prizes bring in players from everywhere. A huge jackpot win on a Mega Moolah slot machine would change your life! Surprisingly, the majority of Mega Moolah winners are Canadians and Europeans. The reason being that UK players tend to bet with low bets of 0.25 per spin on the Mega Moolah slot machine, while non-UK players tend to play with bets of £1 or more per round. As the slot favors high bets, it’s only logical that players from Canada and Europe are among the big winners.