WowPots are the new online progressive slot machine craze from the Microgaming network.

The WowPot idea appeared on the market in February 2020 with the Wheel of Wishes title. Since then, the concept originator, Microgaming, has released seven WowPot slots with different themes. Out of all these slots, where the 1st prize is over £2 million, the Sisters of Oz WowPot slot has the greatest potential for winnings. The slot machine is an extraordinary creation, produced by Triple Edge Studios on behalf of the Microgaming network. 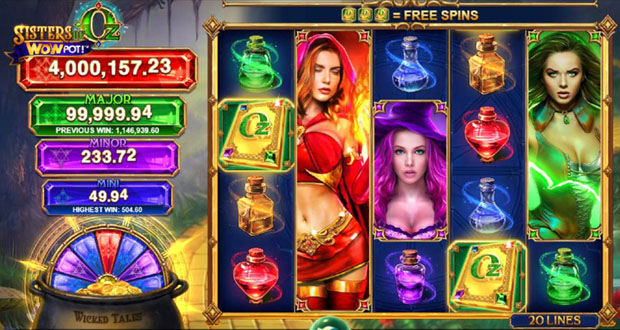 You play the slot using a five-reel, 20 pay line game engine, and you want to look out for jumbo blocks of the 4 Sisters, which can appear in 3 × 4 combos. There’s also a free spins feature where all payouts are boosted by a 2x multiplier and doubled. Collect tokens to be in with a chance to win one of four progressive pots.

You win by landing three or more matching symbols from left to right on any pay lines. You can start your quest for the riches of Oz by betting anywhere from 20 pennies to £300 per spin.

The Sisters of Oz WowPot return per player rate is 92%. The game’s volatility is medium, with a hit frequency of 28.18%: a win every 3.55 spins. The biggest win is 720x the stake (not including jackpots).

The slot is part of a series

The title Sisters of Oz is the 4th slot machine from the WowPot series. Since launching in September 2020, the slot has become one of the most played games compared to its counterparts. However, the 2nd slot of the series, the Book of Atem WowPot, saw a player win the biggest jackpot to date.

The game takes its inspiration from the Oz books written by Lyman Frank Baum. With the Yellow Brick Road in the background and a gang of glamorous Witch Sisters. There’s also a scene-setting backing track playing while you spin.

The reels have five lower value potion bottle symbols. Next, are the four more rewarding Witch Sisters. The pink-haired sister tops the top paying symbols. All the sister symbols can appear as Jumbo blocks.

The gold Book of Oz symbol has two meanings:

The online slot comes with a collection of bonus features. They include jumbo symbols blocks, free spins with multipliers and the potential riches on offer from the progressive jackpot pots.

The four higher-paying Sister symbols can appear in oversized blocks. These can be 2, 3 or 4 symbols high. These symbol stacks can randomly combine on the middle 3 reels to form an enormous 3 × 4 block. Known as the Synchronised Reels feature, the block is the equivalent of 12 standard symbols.

If you land 3, 4, or 5 Book of Oz symbols on the same spin, you can enjoy an award equal to 2x, 10x or even 100x the stake. You’ll also go on to trigger the Free Spins feature, meaning 5, 7 or 10 free spins! When you land a winning combination, the payout receives a 2x multiplier boost. On every free spin, you’ll also see a Jumbo Block. If you get Scatters on reels 1 and 5 on the same spin, you’ll get three extra free spins. 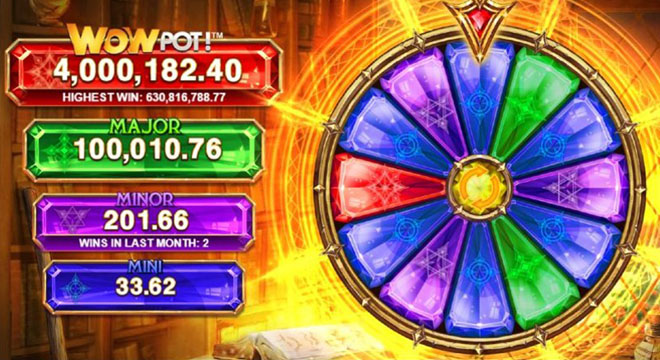 The Gold Oz symbol is the progressive jackpot symbol. These can appear overlaid on top of the potion symbols. Collect Oz symbols and enjoy a chance to spin the Wheel in the WowPot Jackpot feature. Once in, you’ll win 1 of the 4 jackpot prizes.

Where can I play in the United Kingdom?

Out of all the trustworthy UK online casinos, big names in the industry are opening their doors to you.

LeoVegas, Virgin Games, and 32Red are all famous brands! In fact, 32Red.com saw a massive win on one of the slots in the WowPot series.

Regarding our selection of favourite British casino sites, Sisters of Oz WowPot doesn’t feature in their games catalogs. For example, two of our top choices, the UK Casino Club and Villento UK brands, favour the Mega Moolah slots. To date, the games in the Mega Moolah series are the most popular in the field of progressive big jackpot casino games.

You can try your luck on the Sisters of Oz WowPot slot via the LeoVegas.com site. This games room has the whole series of WowPot slots. What’s more, it’s also home to the famous Mega Moolah slot machine and much more.

The Microgaming company has an excellent reputation in the United Kingdom. They have been operational since 1994 and are the originator of the first casino games on the world wide web. With nearly a thousand games available at online casinos, the group’s games are the most played globally. They focus mainly on table games and slot machines and are a must-have trademark.

With the WowPot concept going live in the early 2020s, the company demonstrates how they are at the forefront of innovation.

The Yellow Brick Road has inspired many slot developers and the Sisters of Oz WowPot slot is another fantastic example. It might not have loads of features, but the combination of free spins with a 2x multiplier and a jumbo symbol block hitting on each of them is top-notch. In addition, it can lead to 720x stake wins on each free spin.

As you can imagine, the main attraction is the game’s progressive pots. Put all that together and you have a very solid progressive online slot machine.

The WowPot slots are becoming more popular every day on the Internet, and their momentum doesn’t seem to be slowing down. However, don’t assume it’s easy to land a big jackpot on the Sisters of Oz WowPot slot or any other title in the series.

If your budget is tight, you might be better off focusing on a game with a higher payout percentage. You might not score a crazy jackpot, but at least you might be able to pocket a decent jackpot. 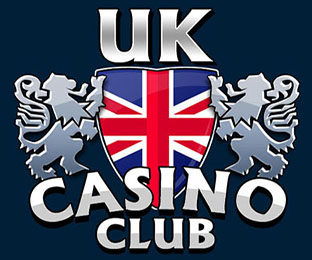